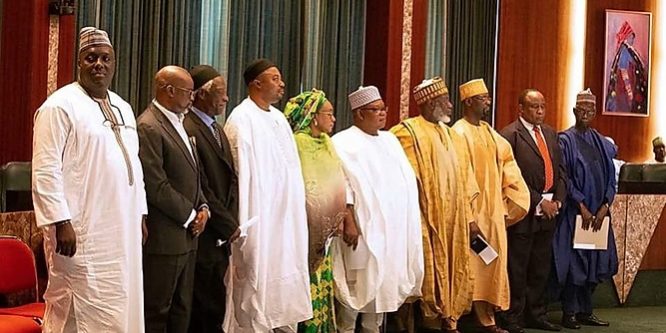 The inauguration took place Wednesday, shortly before the commencement of the weekly meeting of the Federal Executive Council.

The new board is chaired by Paul Tarfa, a retired major-general. The event held inside the council chamber of State House, Presidential Villa, Abuja.

Inaugurating the board, Mr Buhari said the establishment of the commission was in fulfilment of the pledge of his administration to fast track the development of the region.

The North-East is badly damaged as a result of the activities of insurgent group Boko Haram.

The president also said the establishment of the commission was in appreciation of the massive electoral support the zone gave him in the 2015 and 2019 general elections.

For the successful take-off of the commission, the president said N10 billion was provided in this year’s budget. He urged the board to judiciously use the fund.

He mandated the board to conduct a comprehensive survey of all the states in the northeast to know the magnitude of the damage caused by the insurgency.