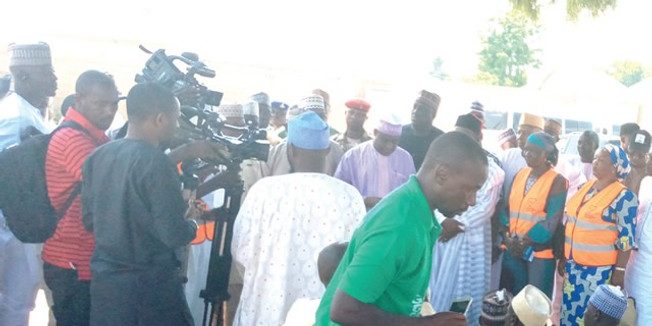 The Managing Director of North East Development Commission (NEDC), Alhaji Mohammed Alkali Kukawa has assured Internally Displaced Persons (IDPs) of Borno state that the commission will soon swing into action to execute all humanitarian plans that will be fashioned out by the management and board of the commission immediately after the ongoing management team inspections and tour of IDPs Camps across the state and north east zone. 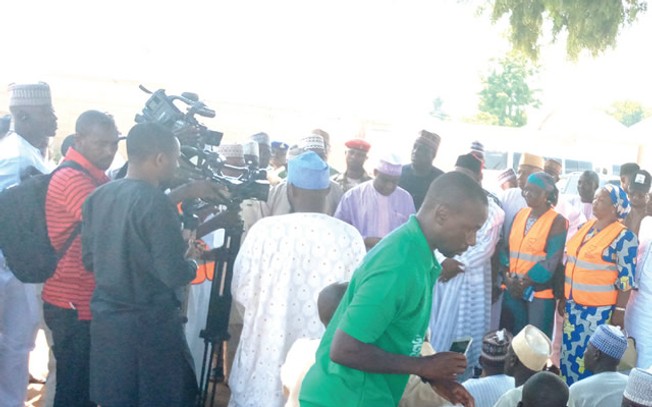 He also lamented on the level of devastation and hardship the IDPs have been exposed to in the past 10 years of the insurgency, noting that, even as an indigene if Kukawa , he has been unable to reach his home town and people in Kukawa community.

According to him, he was in Maiduguri on assessment visit to IDPs camps across the and north east to acquaint himself with the situations on ground with a view to go back to the drawing board and sit down with his other management team to fashion out ways and manners as well as solutions to problems and challenges the IDPs are confronting at the camps.

He explained also that the visit will further enable the management team with the primary information or data in the major issues at stake bordering on the IDPs which he can not get from the secondary sources in form of facts finding towards alleviating their sufferings and ensuring their smooth and speedy relocation to their host communities and localities.

The Managing Director said having inspected major and vulnerable Camps in Maiduguri city, he will visit all the IDPs camps in Monguno over the weekend and proceed to Bama IDPs Camps on Monday next week to assess situations on ground.

The Executive Chairman, SEMA, Hajiya Yabawa Kolo had earlier briefed him on the major challenges at the IDPs Camps where food distribution was lacking adequately at the camps in the past 4 months from the NEMA or federal government as SEMA or state government only handles condiments to the IDPs not food distribution in most cases as earlier arranged.

One of the Chairpersons of the IDPs Camps, Alhaji Bulama Abatcha Mohammed of Customs House IDPs Camp Mafa Road complained of lack of food but commended security agents for their efforts including vigilante groups and CJTF.

He also appreciated the support and assistance from the SEMA, NEMA, donor agencies, individual and corporate organizations as well as the NEDC management tea visit to the camps and prayed for quick return of peace to enable them return home to farm and live a better life.