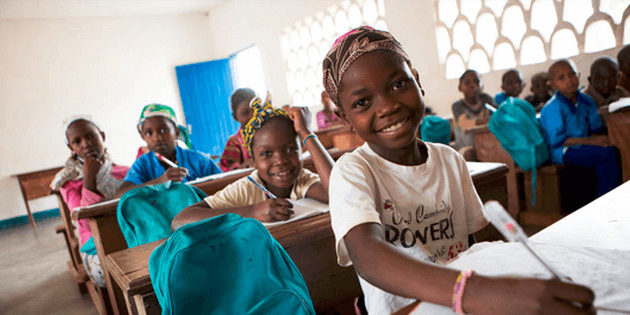 The Northeast Development Commission (NEDC) has set up an Education Endowment Fund worth N6billion.

According to the commission, the Endowment Fund is to resuscitate the region’s “devastated education sector” and rebuild the human capital.

A statement signed yesterday by NEDC’s Head of Corporate Services, Abba Musa, said the Fund would provide an avenue for the engagement of over 20,000 beneficiaries annually across the region.

He added that the Fund would enable them to access academic and professional capacity development opportunities in various fields. Musa noted that the target is to reach 150,000 beneficiaries in five years.

The NEDC (Establishment) Act was passed in 2017; President Muhammadu Buhari inaugurated the commission’s Governing Board on May 8. The commission had been putting together a bouquet of impactful and incremental interventions designed to address most of the immediate challenges bedevilling the North-east states caused by the decade-long Boko Haram insurgency and other inter-ethnic strife.

The commission understands that, until hostilities cease to a larger degree, development efforts will amount to nothing.

“It also realises that aside from the direct military action, a number of targeted interventions can contribute to assuaging the pains of conflict and bringing about a permanent peace.

“The commission had, therefore, been working on these non-kinetic possibilities for a start,” the statement said.

At least two projects will be rehabilitated in each LGA during the first quarter of 2020 in education, health, agriculture, water, sanitation and hygiene (WASH) and social infrastructure.

The programme will begin with 224 projects.

“The Education Endowment Fund will provide the required back-up in the training of teachers, nurses, civil servants, amongst others.

“There will be a support to smallholder farmers through all-seasons by providing access to inputs, improved varieties of seedlings, mechanisation and extension/advisory services, marketing, warehousing and other logistics.

“Information and Communication Technology Entrepreneurship and Vocational Training Centres will be established in each state of the region to complement other benefits accruable under the Education Endowment Fund.

“There will be the protection of the environment by the planting of trees and the provision of other palliatives for erosion control and damage remediation.

“Over the years, the region has lost hundreds of thousands of forest resources and vegetation resulting in the extinction of wildlife, desertification, residing of water bodies and general despoliation of the environment.

“There will be support for the enhancement of civil-military relationships, peacebuilding and capacity strengthening of civilian organisations involved with securing peace in non-kinetic ways in the states.”

“The NEDC remains committed and shall discharge its mandate and take the people of the region to the desired Next Level by collaborating with all stakeholders.

“We must break the wall of vulnerability and build instead bridges of sustainable peace, stability and social cohesion across the region,” the statement added.