Last week, President Muhammadu Buhari signed into law the North East Development Commission [NEDC] Bill 2017, a significant statement to underscore national concern with the devastation suffered by the region due to the Boko Haram insurgency. The bill which became a source of debate as to its merits and demerits was sponsored by Speaker of the House of Representatives Yakubu Dogara [APC, Bauchi] in the House and by Senator Ali Ndume [APC, Borno South] in the Senate. 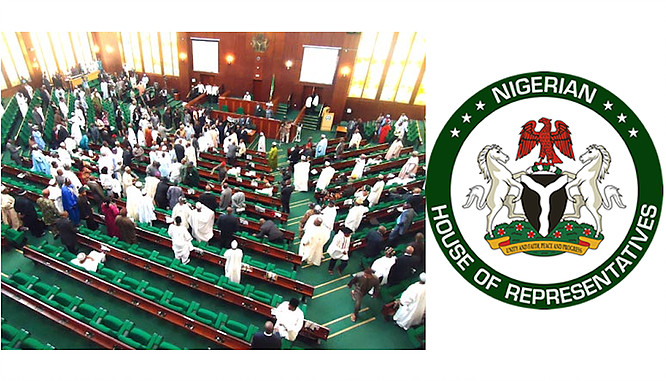 Senate President Bukola Saraki said the presidential assent to the bill was a major development in efforts by the present administration to restore peace and normalcy in the north-east and making the harrowing experience of the people as a result of insurgency a thing of the past. On his part Dogara said, “I expect the expeditious coming into force of the commission will remedy the long years of underdevelopment suffered by the region.

The recovery and redevelopment of the region is expected to last for decades.”  The Act gives the North-East Development Commission the mandate to receive and manage funds allocated by the Federal Government and international donor agencies for the resettlement, rehabilitation, integration and reconstruction of roads, houses and business premises of victims of insurgency.

“The commission will among other things coordinate projects and programmes within the Master Plan for the rehabilitation, resettlement, reconciliation, reconstruction and sustainable development of the North-East Zone in the fields of infrastructure, human and social services including health and nutrition, education and water supply, agriculture, wealth creation and employment opportunities, urban and rural development and poverty alleviation.”

Everyone in Nigeria agrees that the North East region, especially Borno State, has suffered exceptional devastation of the kind that warrants national and international emergency response in order to get the region back on its feet again. It will be recalled that in a previous editorial last year, we opposed establishment of NEDC because we thought it will duplicate the functions of federal, state and local governments and their agencies as well as bring another layer of bureaucracy to efforts to rebuild the region.

Our position was not borne out of lack of empathy for the plight of the region because two years ago, we called for a Marshal Plan of the kind that pulled Europe out of the devastation of World War Two for the North East region. Since the bill to establish the commission has now been signed into law, we have dropped all our objections and we hereby join well wishers in advising it on how to satisfy the aspirations of the people and communities so blighted by Boko Haram.

The most important advice for NEDC is that it should avoid the mistakes, loopholes and scandals that have bedevilled similar well-intentioned intervention agencies. The one that readily comes to mind is Niger Delta Development Commission, NDDC. This agency was established many years ago to address the region’s devastation due to oil production and transportation, but the general consensus is that it has not made the desired impact in terms of environmental and structural projects and human development in the Niger Delta. Instead it became a cesspool of corruption and a metaphor for waste.

NEDC may not be as awash in money as NDDC, given the latter’s rich source of funds. It is therefore doubly imperative for NEDC to husband the resources it gets and apply them to the best use. We urge the government to put in place stringent measures to checkmate waste and corruption and to promptly deal with anybody found to have tampered with the funds meant for hapless victims of insurgency. No one must be allowed to enrich himself or herself through wasteful projects such as grass cutting or over-invoiced contracts at the expense of the victims of insurgency.

We wish NEDC a successful tenure of emergency intervention and pray that it becomes a national success story.